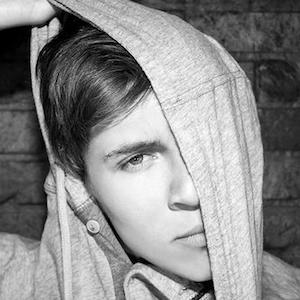 Actor best known for his starring role in the Deaf West Theatre revival of Spring Awakening on Broadway. He and the rest of the cast utilized American Sign Language as the main medium of communication.

He studied American Sign Language at Columbia College Chicago. He had initially applied to Deaf West for a job as an interpreter.

He was born and raised in Mesa, Arizona. He and Kevin McHale have been dating.

In 2015, he began starring on Broadway in Spring Awakening with the Academy Award-winning deaf actress Marlee Matlin.

Austin McKenzie Is A Member Of