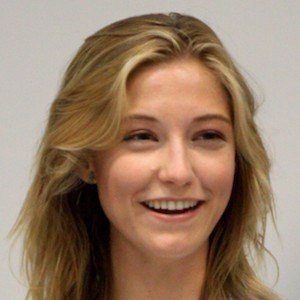 Making her major motion picture debut as Ashleigh in 2010's The Social Network, Gerard would go on to land parts in 2012's Magic Mike, 2016's The Assignment and 2018's Insidious: The Last Key. On TV, she is best known for her series regular role in ABC's American Crime. She also had main roles in When We Rise and Zach Stone Is Gonna Be Famous.

She attended the Lycée International of Los Angeles before graduating from Malibu High School. She majored in English and had a concentration in creative writing at UCLA.

She would be featured in the AMC Coca-Cola "Magic Chairs" previews before movies shown at AMC theaters.

She and her sister became fluent in German, English and French.

She would star alongside Lin Shaye in Insidious: The Last Key.

Caitlin Gerard Is A Member Of

UCLA
Insidious: The Last Key
American Crime
When We Rise