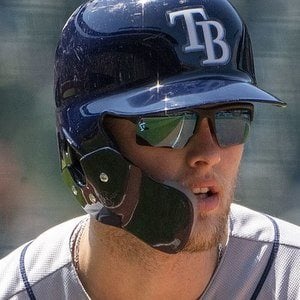 Outfielder who was taken ninth overall by the Pittsburgh Pirates in 2013. He signed his first professional contract, worth more than three million dollars, a few weeks later.

He starred at Grayson High School in Georgia, batting .535 in his senior year.

He had originally accepted an offer to play college baseball at Clemson University, but chose to sign with the Pirates instead.

He has a younger brother named Parker.

He was drafted the same year as future all-star Kris Bryant.

Austin Meadows Is A Member Of