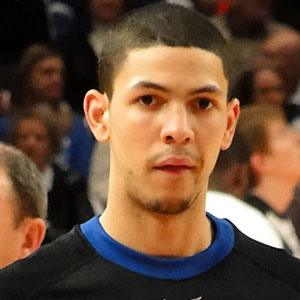 NBA shooting guard who was selected 10th overall by the New Orleans Hornets in the 2012 NBA Draft after playing one season of college basketball at Duke University. In 2015, he was traded to the Los Angeles Clippers, where his coach became his father, Doc Rivers.

He earned the Naismith Prep Player of the Year and Florida Mr. Basketball his senior year at Winter Park High School.

He was raised with two siblings and his father Doc Rivers is a former NBA player who became a very successful coach of such teams as the Boston Celtics and Los Angeles Clippers. He has a sister named Callie and a brother named Spencer. He has been dating model Audreyana Michelle, with whom he welcomed his son Reign Rivers in March 2021.

He and Anthony Davis were both first round picks of the New Orleans Hornets in 2012.

Austin Rivers Is A Member Of