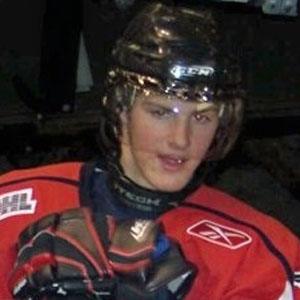 Hockey center who was drafted with the eighteenth overall pick in the 2010 NHL Entry Draft by the Nashville Predators. Earlier that year, he won a gold medal representing the United States at the IIHF World Under-18 Championship.

He went to the state finals as a golfer at Father Gabriel Richard High School.

He became the first American ever to win the Wayne Gretzky 99 Award as the MVP of the Ontario Hockey League Playoffs.

He is the oldest of ten children born to Mike and Mary Watson.

He and Ryan Ellis are both former first round draft picks of the Nashville Predators.

Austin Watson Is A Member Of