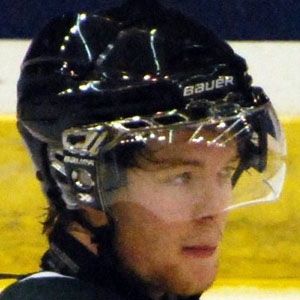 Defender who helped the Nashville Predators reach the Stanley Cup Finals in 2016-17. He made his debut with the Predators during the 2011-12 season. He won back-to-back Memorial Cups with the CHL's Windsor Spitfires in 2009 and 2010.

He began playing minor hockey in his home province of Ontario at age four.

He was named CHL Player of the Year as as well as Defenceman of the Year in 2011. He has won gold medal representing Canada at tournaments like the World Junior Ice Hockey Championships and the Ivan Hlinka Memorial Tournament.

He has an older sister named Erica.

He and Drew Doughty are both recipients of the Max Kaminsky Trophy as the best defenceman in the Ontario Hockey League.

Ryan Ellis Is A Member Of