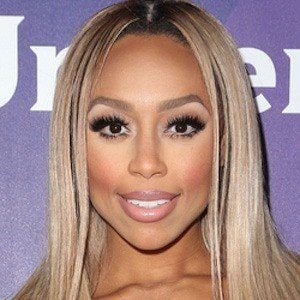 Reality star who was cast on the show WAGS, an acronym used to denote the wives and girlfriends of professional athletes.

Her husband Seyi Ajirotutu was drafted into the NFL in 2010, and signed with the Philadelphia Eagles in 2015.

She has twin daughters named Londyn and Laiyah.

Autumn Ajirotutu Is A Member Of