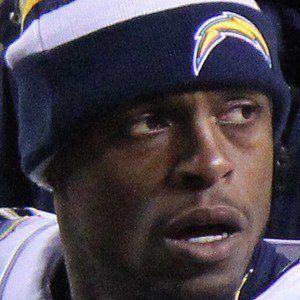 NFL wide receiver and special teamer primarily of the San Diego Chargers throughout his career who is also famous for being the husband of reality show personality Autumn Ajirotutu who is seen on E!'s WAGS.

He was an undrafted free agent picked up by the Chargers in 2010 after playing college ball at Fresno State. He was First-Team All-League as a defensive back and wide receiver during his high school days.

Aside from the Chargers, his NFL career consisted of playing for the Carolina Panthers and Philadelphia Eagles.

He is of Nigerian descent. He and Autumn have twin girls named Londyn and Laiyah.

He was teammates with quarterback Philip Rivers as a member of the San Diego Chargers.

Seyi Ajirotutu Is A Member Of