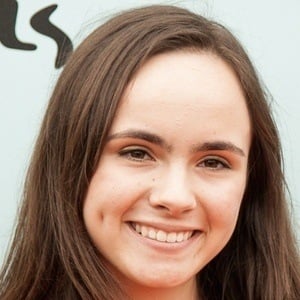 Singer and songwriter who has performed at Lakers games, Dodgers games and multiple charity events. In March 2019 it was announced that she was a cast-member on Brat's show Stuck.

When she was 13, she had to quit dancing due to severe case of scoliosis.

She is the co-founder of the UNICEF Young Ambassadors.

Her father is Red Hot Chili Peppers's drummer Chad Smith and Showtime Executive Trisha Cardoso. She has a sister, Manon, and two brothers, Justin and Cole.

Enya Umanzor and Vereena Sayed are amongst her cast-members on Stuck.

Ava Cardoso-Smith Is A Member Of