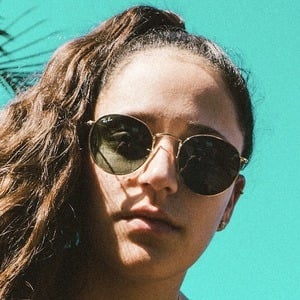 Top 10 finalist on the final season of American Idol who had previously released a debut EP called Drowning in You. Before her American Idol audition, she was working as a restaurant server.

She began playing the guitar at the age of seven and was singing at an earlier age than that. She became involved in the San Diego music scene at the age of 16.

She performed in a band called Over the Edge.

She was born and raised in San Diego by parents Kristen and Paul Young. She has a younger sister named Jadin. She was named after the Roxy Music album of the same name.

She and Lee Jean both became top 10 finalists on the final season of American Idol.

Avalon Young Is A Member Of