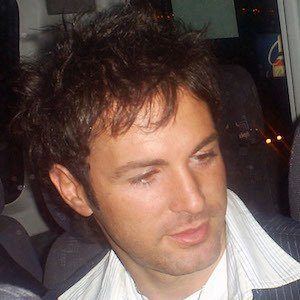 Singer-songwriter commonly referred to simply as Axel who ascended to Latin pop stardom with releases like Mi Forma de Amar (2001), Universo (2008) and Tus Ojos, Mis Ojos (2014). He has served as a coach on La Voz...Argentina, the Argentine version of The Voice.

He began studying at the Julian Aguirre Conservatory of Music in Buenos Aires, Argentina at age 8. He was later a reporter for Canal 26.

He made a special guest appearance on the soap opera Mi Corazón es Tuyo in 2014.

He has two brothers. He has children named Águeda, Fermín and Aurelia with Delfina Lauria.

During his brief career as a youth reporter, he interviewed celebrities like Julio Iglesias.

Axel Fernando Witteveen Is A Member Of