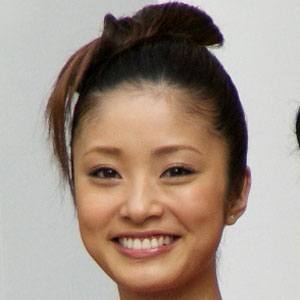 Japanese actress and singer who won a Japan Academy Award in the Best Actress category for her lead role in the 2003 film Azumi.

She participated in the Japan Bishōjo Contest and was discovered after winning the special jury prize. This victory led to her acting debut in the film, Satsujinsha: Killer of Paraiso in 1999 when she was thirteen years old.

She launched her own wedding dress collection, U Aya Ueto Dresses, with the bridal shop Joyful Eli in 2009.

She married Exile boy band member Hiro on her 27th birthday in September 2012.

Aya Ueto Is A Member Of