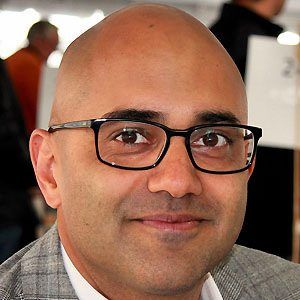 American actor, writer and Pulitzer Prize winner who is most famous for his portrayal of Neel in the HBO film, Too Big to Fail.

After graduating from Brown University, he moved to Italy to study acting.

He won the 2013 Pulitzer Prize for Drama for his play Disgraced.

His Pakistani parents raised him in Milwaukee, Wisconsin.

Ayad Akhtar Is A Member Of