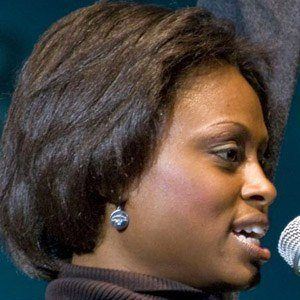 She lived many places growing up, including Bermuda.

She was a judge at the Christian Women in Media Association National Music Showcase in 2013.

Her grandfather was a professional musician.

Her album "Introducing Ayiesha Woods" was produced by Kevin Michael McKeehan, a.k.a. Tobymac.

Ayiesha Woods Is A Member Of