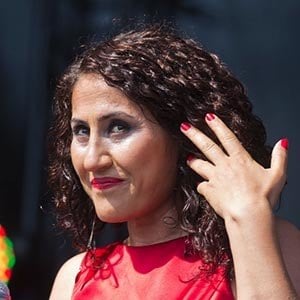 Contemporary singer who is known for her Kurdish singing. She is known for having earned representation from Sony Music and Harmonia Mundi and is known for releasing the hit albums Nupel, Keca Kurdan, and Rewend.

She studied music and singing at the ASM Music School in Istanbul. She went on to release her debut album in 2002 entitled Seyir. She was then accepted by the Kalan Muzik label and released the album Kece Kurdan in 2004.

She was featured in the 2005 documentary feature film Crossing the Bridge: The Sound of Istanbul where she performed the song Ehmedo.

She was born in Cemisgezek, a small mountain town in Dersim Province, Turkey but was later raised in Istanbul.

She has created music for and performed in several different films directed by Fatih Akin including Crossing the Bridge.

Aynur Dogan Is A Member Of