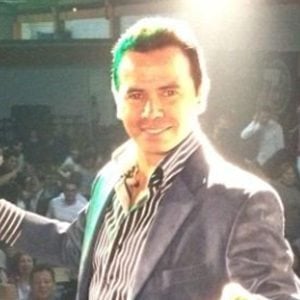 Singer, actor and businessman with a debut hit single called "The Pain of A Game." He followed the song up with ones titled "I'm Single" and "Best Solito," the latter of which won the Premios Nuestra Tierra for Best Tropical Song/

He fled to Bogota at the age of 17 after having a difficult time finding a job to support his girlfriend and son.

He had a role in a 2010 movie called The Snitch Cartel. He played a character called Antonio Villegas.

His birth name is Jhon Jairo Rivera Valencia. His parents Maria Mabel Valencia and Jose Oscar Rivera and he has brothers named Juliet, Luz Piedad and Oscar Mario. He has a son named Andy Rivera.

He collaborated with J Balvin on a song called "My Only Treasure."

Jhonny Rivera Is A Member Of