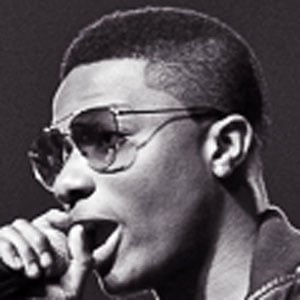 Award-winning Nigerian singer/songwriter best known for his hit song "Holla at Your Boy."

He began singing at age eleven and by the time he was fifteen, he had released several EPs and collaborated with well-known artists like Naeto C and Ikechukwu.

In 2013, he was listed 5th on the Forbes list of 10 Most Bankable African Artists.

As of 2013, he was involved with Tania Omotayo. He had a son in 2011 from a previous relationship.

In 2012, he performed at the BBC 1xtra Live 02 Academy, which also featured Trey Songz.

Ayodeji Ibrahim Balogun Is A Member Of