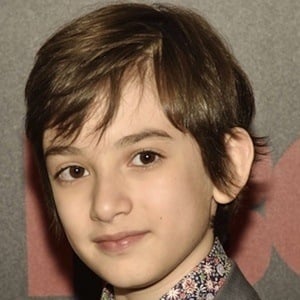 Actor who gained widespread acclaim for his turn as Henry in the 2019 drama film Marriage Story. He was also cast to star in the HBO drama TV series The Plot Against America.

He earned his first on-screen acting credit in 2016 on an episode of the NBC series The Mysteries of Laura.

He acted alongside Scarlett Johansson and Adam Driver in the 2019 film Marriage Story.

Azhy Robertson Is A Member Of