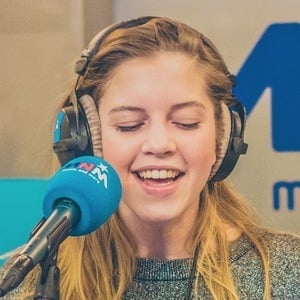 Belgian singer, actress and TV host who became known as a finalist on the Belgium Junior Eurovision Song Contest in 2007. She also became popular as a TV host for VTMKZOOM as well as for her role as Emma in the VTM soap opera Familie (aka Family).

She started singing at the age of 8 and appeared on Eurovision when she was 13.

She was the youngest singer to appear on VTM at the age of 13. She released her first album at 14.

She's originally from Leuven, Belgium. She studied literature and linguistics at the University of Antwerp.

Bab Buelens Is A Member Of