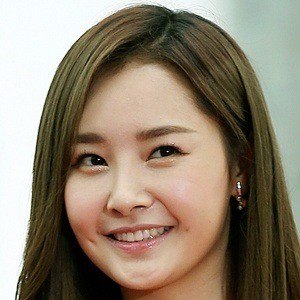 Singer who rose to fame in the band Dal Shabet alongside Serri and Subin. Popular on social media she has attracted more than 210,000 followers on Instagram.

Aside from singing she has appeared on television and film including being a cast member in the reality series Share House.

She was born and raised in Korea.

She appeared in the 2014 film The Tunnel which starred Jeong Yu-mi.

Bae Woo-hee Is A Member Of