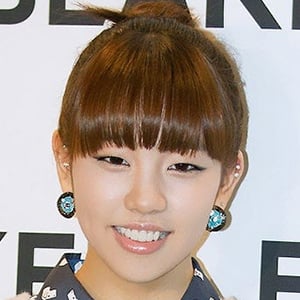 Pop music singer and songwriter who rose to fame after competing on the first season of the talent show program K-pop Star. She went on to become one of the three finalists in the competition which led to her signing a contract with JYP Entertainment.

She was diagnosed with cancer in the fifth grade and immediately underwent treatment.

Her 2016 single "So-So" hit the number one position on Korea's Gaon Music Chart.

She is the daughter of Seo Hye-kyeong and Baek Jong-seon.

She and Park Ji-min were both finalists on the first season of K-pop Star.

Baek A-yeon Is A Member Of