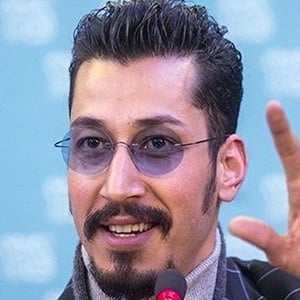 Iranian actor who is known for his feature film roles as well as his recurring television appearances. He is best recognized for having starred in Lantouri and for having portrayed Behtash Fariba on the 2018 series Paytakht 5.

He first started his career as an actor in 2014 when he landed a small role in the film I'm Not Angry!.

He is also known for his social media presence and shares both modeling and behind the scenes photos through his Instagram for his over 4.8 million followers.

He was born and raised in Iran. He shared a photo of his father through Instagram in May of 2018.

He starred alongside Mohammad Reza Golzar and Mehran Modiri in the 2019 feature film Rahman 1400.

Bahram Afshari Is A Member Of