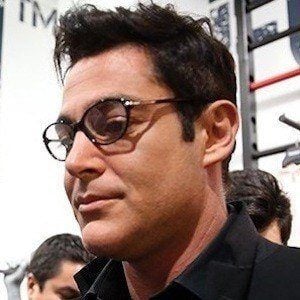 Film and television actor who is recognized for his performances in Shaam-e Akhar, Zahr-e Asal, and Boutique. His immense popularity led to him garnering over 11 million followers on his rezagolzar Instagram account.

He pursued a degree in mechanical engineering from Islamic Azad University.

He played guitar in the Persian pop band Āriān.

He is the son of Shahnaz and Parviz Golzar Azari.

In 2016, he was cast alongside Dia Mirza in the drama feature Salaam Mumbai.

Mohammad Reza Golzar Is A Member Of