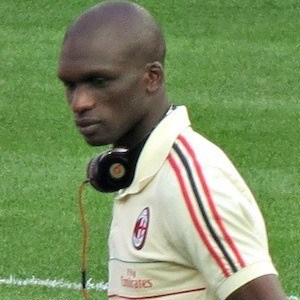 French-born Malian international central midfielder who earned his first cap for his country in 2009. He joined Bursaspor of the Turkish Super Lig in 2014.

He grew up playing for Villepinte FC before making his senior debut in 2003 with Amiens.

He first joined a top-flight football league in 2012, playing for Milan of Serie A. He made seven appearances for the team over two years.

He grew up in Bondy, France.

He and Aziz Behich have played together on Bursaspor.

Bakaye Traore Is A Member Of