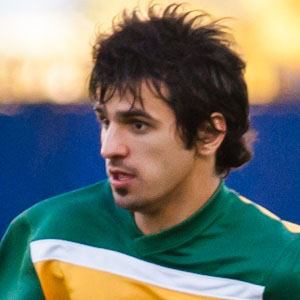 Soccer player best known as a left back and left winger for the Bursaspor football club in Turkey.

He started his youth career in his hometown of Melbourne under Green Gully and Melbourne Victory.

He played with a number of Melbourne teams, including Melbourne Heart, before signing to Bursaspor in 2013.

He was born in Melbourne, Australia and is of Turkish Cypriot origins.

He played for Bursaspor alongside Tomas Necid .

Aziz Behich Is A Member Of