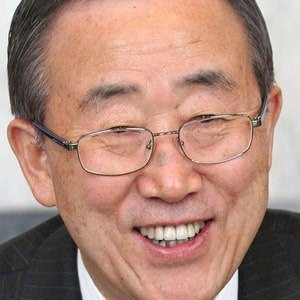 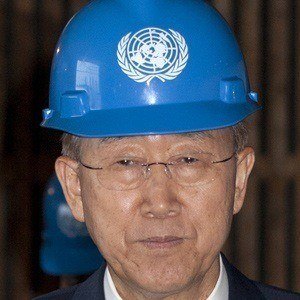 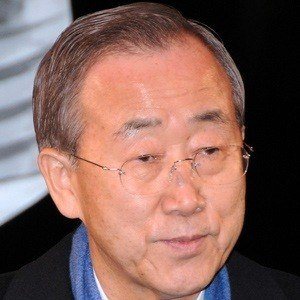 South Korean diplomat who became the eighth Secretary-General of the United Nations in 2007. He also served as the Foreign Minister of the Republic of Korea from 2004 to 2006.

He met president John F. Kennedy after winning a high school essay contest that allowed him to visit the U.S.

He earned earned the nickname 'the bureaucrat' for his pragmatism and administrative skill.

He has three children with wife Yoo Soon-Taek; the couple married in 1971.

He was known for expressing the importance of global warming to President George W. Bush on numerous occasions.

Ban Ki-Moon Is A Member Of