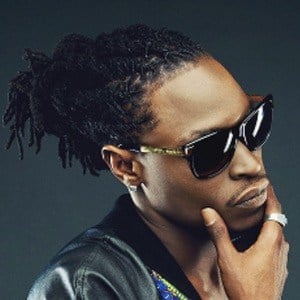 R&B singer signed by Epic Records and Zone 4 whose debut single "Sex You" made Complex Magazine's Best New Songs list of 2014. It peaked at #3 on the Billboard Hot R&B/Hip-Hop Songs chart.

He was 5 years old when he taught himself to play the piano by ear. His first time singing publicly was at a high school pep rally.

He was previously known by the stage name of Lil Corey. His debut album, released in 2002, was called I'm Just Corey.

Bando Jonez Is A Member Of