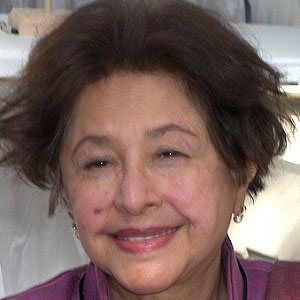 Famous for her novels Cracking India (1991) and Water (2006), she received her native country's most prestigious arts honor, the Sitara-i-Imtiaz, as well as both the Premio Mondello and the Lila Wallace-Reader's Digest Writers' Award.

Many years after earning her bachelor's degree from the Kinnaird College for Women (in Lahore, Pakistan), she published her debut novel, The Crow Eaters (1978).

She contracted polio at the age of two.

Born into the Parsi Zoroastrian faith and religious community, she grew up in Karachi and Lahore, Pakistan, as the daughter of Tehmina and Peshotan Bhandara. During her brief first marriage, she lived in Bombay, India. With her second husband, Noshir, and her three children, she later settled in the United States and taught at Columbia, Rice, Brandeis, and several other American universities.

Sidhwa's two most famous novels were adapted into feature films by the Indian director Deepa Mehta.

Bapsi Sidhwa Is A Member Of