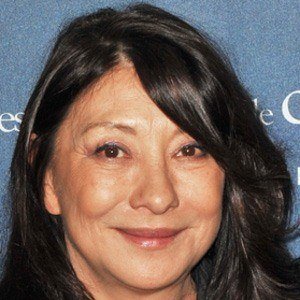 Internationally known French fashion designer and owner of the label Barbara Bui since 1987. She has also owned several high end boutiques worldwide in over 15 different cities. She has been featured in editorials such as Vogue, Elle, and New York magazine for her work in the fashion industry.

She did standup comedy before opening up her own clothing boutique named Kabuki in 1983.

She won a Crystal Globe Award for Best Fashion Designer in 2013.

She was born in Paris to a Vietnamese father and a French mother. She got her masters in English literature at the Paris-Sorbonne University.

Her designs have been worn by the likes of Kylie Jenner and Cara Delevingne.

Barbara Bui Is A Member Of