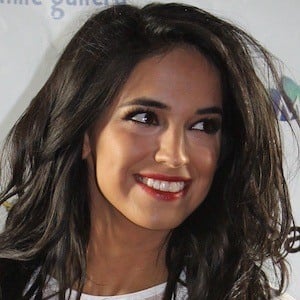 Mexican telenovela actress known for her role as Ana on the show El Torito. She played the lead role in the Mexican version of Rosario Tijeras from 2016 to 2019.

After considering a career as a singer, she made her television debut in a 2011 episode of Bajo el Alma.

She played Lucyfer on Asi en el Barrio Como en el Cielo and Sofia Alvarez on Secretos de Familia. She also appeared in the 2014 movie Tiempos Felices. She has more than 8 million followers on Instagram.

She has a daughter named Mar de Regil.

She appeared alongside Anette Michel on Secretos de Familia.

Bárbara de Regil Is A Member Of