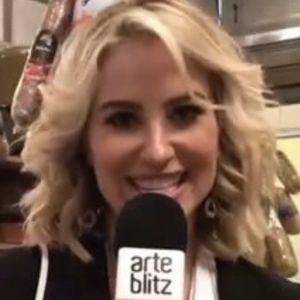 Brazilian actress who is known for her roles in television on the Rede Globo and RecordTV networks. She is best recognized for having portrayed Barbara Monteiro Carvalho on the 2016 series Malhacao: Pro Dia Nascer Feliz and Celina Torres da Fontoura on the 2017 series Tempo de Amar.

She first started her career in television at the age of 13, appeared on the Rede Globo program Os Amadores. At fifteen, she gained more attention as a mode, appearing in commercials and advertisements for brands such as Coca Cola and Itau.

She was nominated for Best Actress of the Year at the Trofeu Internet Awards in 2017 for her role in the series Malhacao.

She was born and raised in Sao Lourenco, Minas Gerais and shared a photo with her mother Maria to Instagram in September of 2018.

She starred alongside Isabelle Drummond and Rafael Vitti in the 2019 television series Verao 90.

Barbara França Is A Member Of