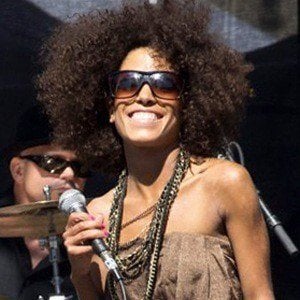 Canadian actress most famous for voicing characters on animated shows like Total Drama, Zixx Level One and Oh No! It's an Alien Invasion. She is also known as the leader of the soul band Mamabolo, who have toured a supporting act for Men Without Hats.

She earned a Master's degree in Cinema Studies from the University of Toronto. She made her acting debut on the series Mentors in 2002.

She starred on the live-action web series MsLabelled.

She married Rob Stefaniuk in November 2016.

She appeared with Ethan Hawke in the 2015 drama Born to Be Blue.

Barbara Mamabolo Is A Member Of