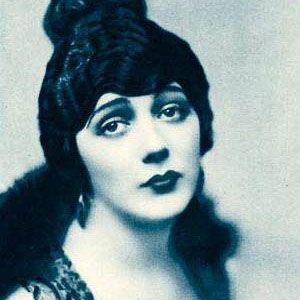 Hailed during her brief career as Hollywood's most beautiful actress, she appeared in such early 20th-century films as Trifling Women, The Prisoner of Zenda, and The Nut. Also a screenwriter, she worked for Fox Studios under the pen name of Folly Lytell.

She made her film debut in the 1920 feature Harriet and the Piper.

Her body ravaged by drug abuse, kidney disease, and tuberculosis, she died at age twenty-nine.

Born Reatha Dale Watson, she spent her youth in Washington, Oregon, and California. Her early marriages to Jack Lytell and Lawrence Converse both ended with her husbands' deaths, and she later married and divorced both Phil Ainsworth and Ben Deeley. Her fifth marriage -- to Jack Dougherty -- lasted from 1923 until her death in 1926.

La Marr gave birth to a son who was adopted by silent film actress Zasu Pitts.

Barbara La Marr Is A Member Of