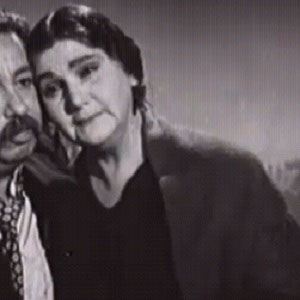 Notable for her grandmother roles in Escuadron 201, Los Tres Garcia, Eterna Agonia, and numerous other Mexican films of the 1940s and '50s, she is also remembered for her performances in such 1960s and '70s telenovelas as La Duquesa and Viviana.

While teaching art at a Catholic girls' school in Mexico, Garcia appeared in her first silent film, Alma de Sacrificio.

A stage performer as well as a screen actress, she appeared in numerous productions staged by Mexico's famous Theater Virginia Fabregas.

She was born in Veracruz, Mexico, to Spanish parents Felipa and Isidoro Ruiz. Her brief marriage to Fernando Ibanez resulted in an actress daughter named Maria Fernanda Ibanez; tragically, both Maria Fernanda and Sara Garcia's mother died of typhoid fever.

She appeared in several films with the famous Mexican entertainer Cantinflas.

Sara García Is A Member Of