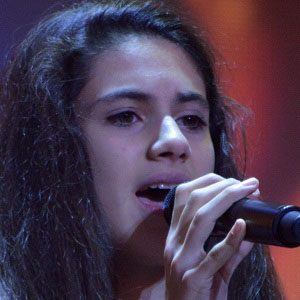 Macedonian singer who originally gained fame as a child singer at the music festival Super Zvezda. She is known for singles like ""Bongiorno" and for representing Macedonia at the 2013 Junior Eurovision Song Contest.

She attended music school at age six and learned to play piano from one of Macedonia's most famous piano teachers.

In a controversial move, she was picked to perform at Junior Eurovision by Macedonian Radio Television rather than by a national selection process.

She was born in the Macedonian capital of Skopje.

Her song "Bongiorno" was written by singer Kaliopi Bukle.

Barbara Popovic Is A Member Of