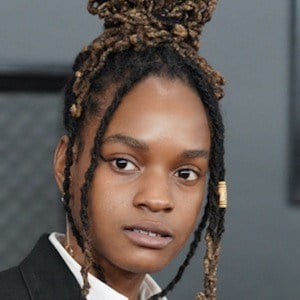 Singer and rapper who began receiving major attention when her 2017 song "Legend" became a viral hit on Instagram. She signed with Columbia Records U.K. the following year and released her debut EP, Rapture (2018).

Her song "Burning" spent three weeks atop the Foundation Radio Network's Top 30 Reggae Chart. When she won Best Reggae Album in 2020, she broke a record for being the first female to win that award.

Her real name is Mikayla Simpson.

Her breakout song "Legend" is an ode to Jamaican sprinting legend Usain Bolt.

Koffee Is A Member Of