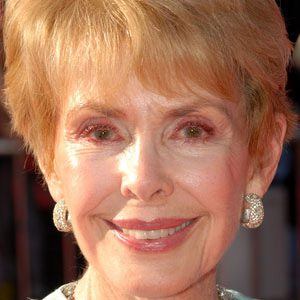 Veteran actress who appeared in many notable 1950s films, including When Worlds Collide and It Came From Outer Space.

She performed at the Pasadena Playhouse while a student at UCSB.

She married Jeffrey Hunter in 1950. The couple had a son named Christopher.

She appeared alongside Frank Sinatra and the rest of the Rat Pack as villainess Marian Stevens in Robin and the Seven Hoods.

Barbara Rush Is A Member Of