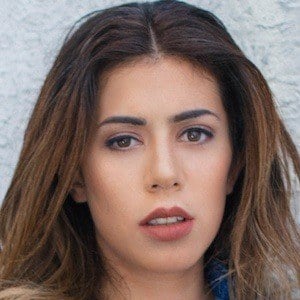 Mexican actress who has played Elisa Peña on El Señor de los Cielos and Mercedes on El hotel de los secretos. She has also portrayed Julieta on Yo Quisiera.

One of her earliest roles was as Ximena Domínguez in the 2011 TV show Bienvenida Realidad.

She played Valentina Vidal on 58 episodes of La Patrona.

She acted alongside Sara Maldonado on the TV series Camelia La Texana.

Bárbara Singer Is A Member Of