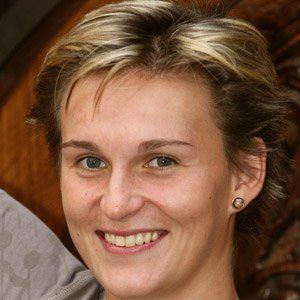 Champion javelin thrower who won Olympic gold medals in 2008 and 2012. She set a javelin-throwing world record at the 2008 IAAF World Athletics Final with a distance of 72.28m.

She attended the University of Minnesota, where she was an All-American.

She won the Czech Federation award for Athlete of the Year five consecutive years, from 2007 to 2011.

She was coached by former Olympic javelin champion Jan Zelezny.

Barbora Spotakova Is A Member Of