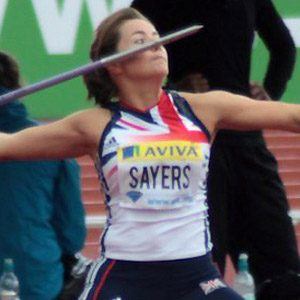 Javelin thrower who has taken home the top prize at events like the European Cup of Winter and competed in the 2004 Olympic Games. She has been given the nickname "Suffolk Slinger" by fans of javelin-throwing.

She was a champion table tennis player at the under-11 level.

She became the first British woman ever to exceed 65 meters in the javelin throw.

She participated in the 2004 Olympic Games in Athens, where Andreas Thorkildsen won the gold medal in javelin-throwing.

Goldie Sayers Is A Member Of