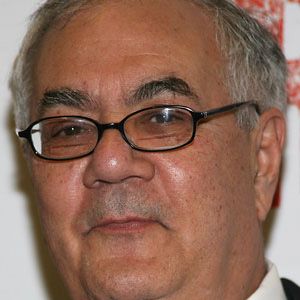 Democrat who represented Massachusetts in the House of Representatives from 1981 to 2013. From 2007 to 2011, he served as the Chairman of the House Financial Services Committee, where he co-sponsored the 2010 Dodd–Frank Act, a sweeping reform of the U.S. financial industry in the aftermath of the 2008 recession.

He was an active volunteer during Freedom Summer in Mississippi.

In 1987 he became the first representative in Congress to voluntarily come out of the closet as gay.

He married long-time partner James Ready in July 2010 and he previously date Herb Moses, an economist and LGBT activist, for 11 years.

He attended Harvard University for his undergrad education and law school; Benjamin Peirce taught at Harvard for fifty years.

Barney Frank Is A Member Of