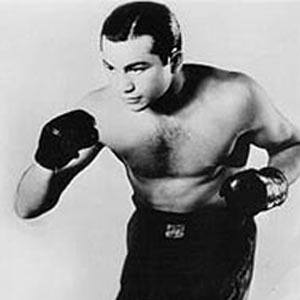 Jewish boxer and inveterate gambler who became a hero in the battle of Guadalcanal in WWII.

He was born Dov-Ber Rasofsky, and took his ring name to keep his profession hidden from his mom.

He saved his squad members from being killed in an ambush in WWII, which earned him the Silver Star, the Purple Heart, and a Presidential Citation.

His relative Yuri Rasovsky was an award-winning radio program producer.

He testified at the trial of Jack Ruby, the killer of Lee Harvey Oswald.

Barney Ross Is A Member Of