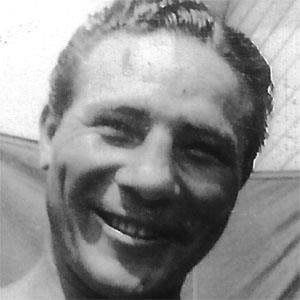 Heavyweight boxer who fought with many known great boxers. He compiled a career record of 68-13.

He worked as a butcher boy where he developed his powerful physique.

In one of the greatest upsets in boxing history, he lost to James J. Braddock in the Cinderella Man match.

He had a two year marriage to actress, Dorothy Dunbar, and was then married to Mary Ellen Sullivan until his death.

He fought the great boxer Joe Louis with a broken right hand.

Max Baer Is A Member Of