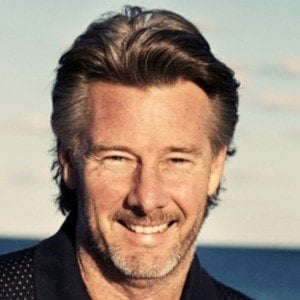 Interior designer and television personality known as one member of the Channel Ten series The Living Room. He also previously served as a mentor on the network's 2011 show The Renovators.

He began his career as an apprentice carpenter, eventually owning his own building company. By the time of his retirement at 46, he had renovated numerous multi-million dollar homes.

As a cancer survivor, he has been a vocal supporter of charities like the Cancer Council and the Salvation Army.

In June 2012, he welcomed his twins Arabella and Bennett.

Amanda Keller is the host of the Living Room where he serves as a renovations segment host.

Barry Du Bois Is A Member Of