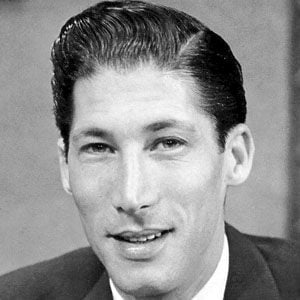 The Father of Talk Radio; began as a DJ, but one slow evening started to talk into the microphone.

His first work as a disc jokey was at New York's WMCA in 1945, and it was there that he began speaking to the audience.

He appeared in film and television, too, including "Spin That Splatter" from 1949 and "The Barry Gray Show" on New York WOR-TV.

He was married to Nancy Kellog Gray.

His death brought many tributes, including from Larry King who called him one of his biggest influences.

Barry Gray Is A Member Of