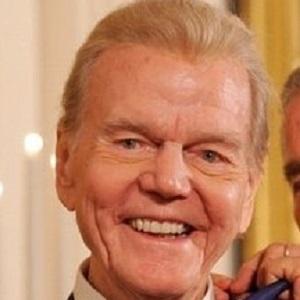 Radio newscaster and commentator who broadcasted on The Rest of the Story for years before winning the Paul White Award. He was known for his right-winged opinions.

He served in the United States Air Force for only three months.

At one point his voice was broadcast to over 1200 news stations.

He got married to Lynn "Angel" Cooper on June 4, 1940 and they had one child together.

Mitt Romney has substituted for him on his radio show.

Paul Harvey Is A Member Of