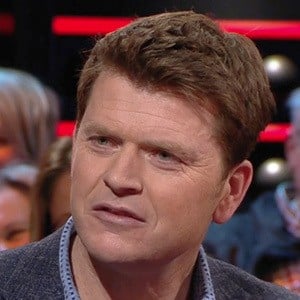 Television host, comedian and adventurer known for presenting the Dutch version of Deal or No Deal as well as the shows RTL Boulevard and The Amsterdam Project. He acted in the 2006 series Man en paard.

He studied history and political science at the University of Amsterdam.

He became a columnist for Nieuwe Revu and the Haarlems Dagblad.

He married Selly Vermeijden. His father Jan was a field hockey player. He has children named Tijn, Bram, Bobbie and Jan.

He acted in the 2012 film The Man with the Iron Fists which starred Russell Crowe.

Beau Dorens Is A Member Of