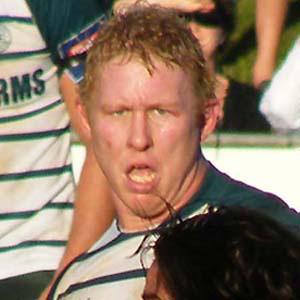 Australian flanker who began his Super Rugby career with the Waratahs in 2007.

He first played professionally with the Canterbury Bulldogs in 2005.

He played for the New South Wales Waratahs before signing with the Reds in 2011.

His brother was tragically killed via accidental electrocution in 2010.

Beau Robinson Is A Member Of