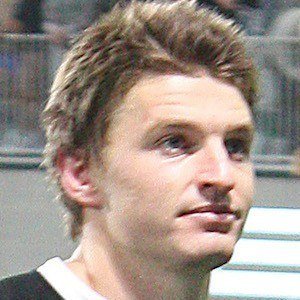 New Zealand-born footballer who joined the Wellington Hurricanes in 2011. He became Rugby Player of the Year for the second time in 2017.

He grew up on his family's farm in Pungarehu.

In 2012, he scored 197 points, breaking the Hurricanes single season record which was previously 152 points.

He was one of seven siblings. His older brother Kane Barrett became captain of Taranaki in 2009. He married Hannah Laity.

He became teammates with captain Conrad Smith upon joining the Hurricanes.

Beauden Barrett Is A Member Of