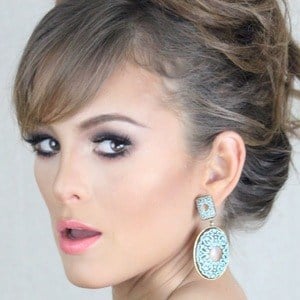 She made her debut as an actress as Isabel Flores in Muchachitas como tú at 19.

She posted photos of her dogs and cats to Instagram in August 2018.

She acted alongside Christian Bach in La Impostora.

Begona Narvaez Is A Member Of